The Wizard of Wines 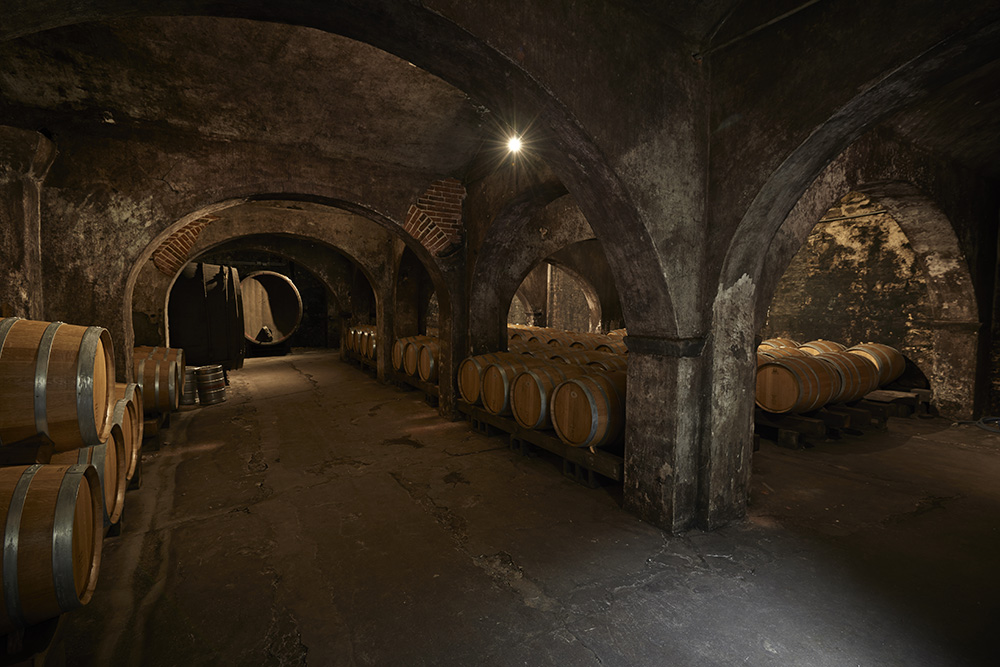 As the party crossed the vineyard heading to the winery a half dozen animated scarecrows roused to meet them. After a flurry of blades and hay, the party noticed an old man standing at the border of the vineyard and the western woods. He beckoned them to come to him before returning to the thicket. Suspicious of a trap, Rolen dispatched her summoned lions to investigate. The lions followed the man's scent to a small clearing in the brush where his trail went cold.

At a cautious pace the party caught up to where the lions had lead them, but there was no sign of anyone. Only a conspiracy of ravens in the surrounding trees. Then cutting off the brief silence was the shrill, creaky voice of an old man "Call off the hunting cats!"

The party acquiesced. The same old man they had seen from a distance stepped out from behind a nearby tree. He introduced himself as Davian Martikov, owner of the vineyards and winery. He explained that he and his family were driven from their home by evil druids and their wicked minions, taking refuge in the nearby woods. From behind trees all around them at varying distances, out stepped the members of Davian's family as he introduced them:

The party asked Davian directly "What's up with the ravens?" The old man was flustered and began to angrily deflect when Stefania stepped forward "It's ok, we can tell them papa." As Davian grumbled stubborn objections, Dag stepped forward rolling up his sleeve revealing his forearm. With a few shakes of his exposed arm he suddenly revealed a set of gleaming black feathers from his wrist to his elbow. "We are called wereravens. We are men, not beasts. We mean you no harm."

The party asked the family why these druids were attacking the winery. Stefania explained that the druids of Yester Hill, along with Baba Yaga's animated scarecrows, have been a not uncommon nuisance in the vineyards over the years. It was only an uncharacteristically large assault directly on the winery building in the early morning hours that caught them off guard.

Davian's youngest son, Elvir, asked "Shouldn't we tell them about the missing gems?"

Davian's face became red with exasperation as he raised his walking stick and whacked his eldest son in the back of the head "You're proving to be no smarter than your idiot older brother Urwin!"

Together Stefania and Dag related the story of the winery, with Davian's cranky interjections interspersed throughout the tale.

The Wizard of Wines was founded by a mage whose name is buried in the annals of history. The wizard fashioned three magic gems, each one as big as a pinecone, and planted them in the rich valley soil. These “seeds” gave rise to healthy grapevines, which produced sweet, plump grapes. Even after Strahd’s curse settled over Barovia, the gems kept the vines and their grapes from succumbing to the darkness.

The winery is known for three wines: the unremarkable Purple Grapemash No. 3, the slightly more tantalizing Red Dragon Crush, and the rich Champagne du le Stomp.

Ten years ago, one of the vineyard’s magic gems was dug up and stolen, and as a result, the winery stopped producing its best vintage, the champagne. No one knows what happened to the gem. Davian blames his middle son, Urwin, for the loss because Urwin was on watch the night the gem was taken. Davian is convinced that Urwin shirked his duty to spend time with his betrothed, and the two have been at odds ever since. To this day, Urwin steadfastly denies his father’s accusation.

The party agreed to help the family take back their home and recover the stolen gem. The party crossed back over the open field toward the winery building. As they drew near to the house scores of blights that chased the party into the loading dock area of the winery. The door into the main building from the docks was torn from the hinge laying off to the side. The party scrambled to re-secure the doorway against their pursuers.

The party found themselves in a small hallway with a closed door and a smooth spiraling ramp down to the basement, which the party ultimately decided to follow. The basement was noticeably cooler than the upstairs was, with the party seeing the own puffs of breath hanging in the air. Wooden pillars and beams supported the ten-foot-high ceiling of the ice-cold cellar, which was split in two by a five foot-thick brick walls. A thin mist covered the floor. Each half of the cellar featured an eight-foot tall wooden wine rack. The western rack stood empty, but the eastern one was half filled with wine bottles.

Something moved behind the eastern wine rack. Through the holes, the party glimpsed a half dozen humanoid figures hiding in the shadows, and heard a gravelly voice muttering the words of a spell.

The party sprang to immediate action hoping to act before the spell was finished. They forced the large wine rack bisecting the room toppling over. Sending it, and the dozens of bottles it held, crashing down on top of their foes.

The group dispatched their enemies and went on to explore the rest of the basement in more detail. The cellar got markedly colder the closer to the north wall. Against that wall rested three frosty barrels containing Purple Grapemash No. 3, a fact emblazoned on each barrel's side.

A secret door between the two halves of the wine cellar was found and opened, revealing a freezing cold passageway. A dark tunnel stretched on for fifteen feet, ending at an archway to a shallow cave. The characters could see a brown mold covering the walls, floor, and ceiling around the archway and the cave beyond. Rolen sent her lions in to investigate. As soon as they drew within a few feet of the mold a ferociously dangerous cold seemed to absorb all the heat from their bodies, causing the summoned creatures to instantly disappear.

Other than the oddity of the brown mold to explain how the wine cellar was kept so cool, the passageway had nothing interest to offer so the party moved on to the western end of the basement and up the stairwell they found there.

Back on the ground floor the party entered a large large, two-story chamber filled with the rich smell of fermenting wine, dominated by four enormous wooden casks, each one eight feet wide and twelve feet tall. A wooden staircase in the center of the room climbed to a ten -foot-high wooden balcony clinging to the south wall. Stacked against the wall underneath the balcony were old, empty barrels with "The Wizard of Wines" burned into their sides. The balcony climbed another five feet as it continued along the west and east walls, ending at doors leading to the winery's upper level. Underneath these side balconies were several doors, some of which hung open. Beneath the sloping roof stretched thick rafters, upon which scores of ravens were quietly gathered. They seemed to watch the party with great interest.

The balcony creaked, drawing eyes to a wild-looking figure hunched over the westernmost cask, pouring a flask of thick syrup into it. She wore a gown made of animal skins and a headdress with rams horns, her hair was long and unkempt. Suddenly, the party saw something skittering across the floor. It looked like a tiny creature made of twigs. It moved from its hiding place under the stairs and disappeared behind the easternmost cask.